There’s a myth out there that women’s feelings and emotions are a scary thing when actually, it’s the total opposite.

We think others are scared of our emotions and we spend a lifetime trying to dilute them in an attempt to be the perfect one. At least, that was my experience and also for many women I work with.

The truth is that men are drawn to our feelings like magnets. It’s the only place from where they can actually hear us. And it’s also a way for them to connect and make sense of their own emotions.

We invite them into a world that is richer in texture than the one they are inhabiting in their day to day work life. And it’s where they can allow themselves to explore another energy. It’s a softer more gentle place where they can let go and be themselves.

What no one likes is drama.

The Power of Feminine Energy

When a woman stays connected to her feminine energy, she becomes a powerhouse of warmth and deliciousness. She can express herself clearly and melt into a man’s strength.

I worked in finance for a decade. I was surrounded by alpha men. This was masculine energy at its peak. I was travelling and going on roadshows with vans of men. Often, I was the only woman on board. And I have the sweetest fondest memories of that time and how beautifully I was treated…

Men delight in helping and supporting us. But when women try to deal with men from masculine energy, it brings out the worst in them. Think of how men are with each other. It takes on a more sporty competitive vibe. And that sense of humour where they put each other down.

A common mistake people make is to think that feminine energy is more passive and submissive. But that’s not true at all. Think Cleopatra… Feminine energy is intuitive and has a vision. It’s super magnetic and powerful. And it invites men to support us most fully.

Men love to make women happy. It’s a thrill for them. Why would any woman want to deal with a man in any other way ?

From the mind to the heart

Feminine energy isn’t at the fake it till you make it level. The way to access it is to re-connect to your heart and desires and feelings. Breathe in deeply and allow the conversation to move from the mind to the heart. Drop the analysing and strategising and feel whatever’s up for you. Return to your truest desires.

We all have both energies within us. Masculine energy is about doing and that definitely has its place in our careers and life. Feminine energy is about being and it’s from there, that we are guided to genius ideas and intuitive next steps.

When a woman knows her value and is being true to herself, she can ask for what she wants with confidence. She doesn’t need any of it because she knows where her power comes from so her desire is pure and clear. That’s a very strong energy. It’s the energy that can move mountains.

When a woman leans back into her natural feminine energy, she brings out the best in herself and others. It feels really good ❤️

It can take a little practice because most of us have been educated to believe that feelings are a scary thing. When we get clear on what’s going on in our bodies ** what feels good and what doesn’t ** we begin the journey of clarifying our values and boundaries. It doesn’t need defending or justifying. It’s just the way it is. And that’s much easier to express and share with others.

Enjoy this magnetic morning RISE and Shine meditation and start your day with intention:

For more on clarifying your desires and releasing old stories, you’ll Love this ! 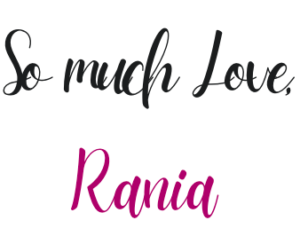 COPYRIGHT © 2023 RL CREATIVES LTD. INSPIRING YOU TO CREATE A LIFE YOU LOVE

We're not around right now. But you can send us an email and we'll get back to you, asap.